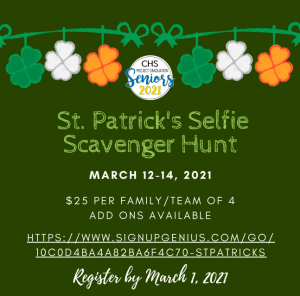 No St. Patrick’s Day parade? No problem! CHS Project Graduation 2021 is sponsoring a great family fun activity for leprechauns of all ages! Try your luck at gathering as many points as possible to win[...]
Add